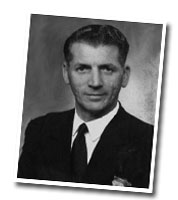 Eli was born in 1902 in the Houghton le Spring registration district of County Durham.

His parents were William Johnson Windlow and Jane Crumpton, and they had 3 other children William, Joseph and Jessica.

Prior to going to sea, Eli’s occupation was as a Pit Lad. He joined the Navy as a “Boy Rating”, going on to be a telegraphist on a number of ships including Ganges, Tamar and Vivid 1.

At the time of Eli’s marriage to Eva Boardman, he was recorded as being a Telegraphist with the Royal Navy.

(Could this be deliberate or an error? Did he have to lie to get into the Navy, or was it to save face for marrying a woman older than him???

Did the registrar get it mixed up?) We Will Never Know!

He was a Wireless Telegraphist HMS Ramiles at the time of birth of the 1st daughter.

Eli was invalided out of the Navy in 1926 due to “Myopic Astigmatism”.

Eli is recorded in the British Postal Service Appointment Books for 1926 as a certified wireless operator or watcher, however, there is no location recorded, but it can be assumed that this was in Dorset as their second daughter, was born in Dorset in 1928.

UK Incoming Passenger Lists record him as being a wireless operator on board the SS Rajputana, a British passenger and cargo carrying ocean liner in 1932.

The port of departure was Yokohama, Japan, bound for London, England, and the ports during the voyage were Shanghai, Hong Kong, Singapore, Penang, Colombo, Bombay, Port Said, Malta, Marseilles, Gibraltar, and Plymouth.

In 1936, there is a phone directory listing for Eli Windlow at 29 Howard Road, Walthamstow, London E17.

I remember being told that part of my mum’s childhood was spent in Walthamstow – she would have been about 11 years old when this entry was published, however, it does not tell us what Eli’s occupation was at this time.

At some point, the story goes that Eli left Eva to live with another woman in London, but apparently, they were never divorced because on Eva’s death certificate she is recorded as being the widow of Eli Windlow – his date of death is unknown.