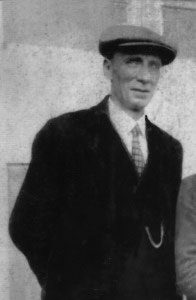 He is the 4th Son of John Boardman & Mary Fitzpatrick.

By the 1901 census, Thomas has moved to Dorset with his brother, George, and is working as an Engine Turner, boarding in Wyke Regis, Dorset.

By the 1911 census, the family had moved to Devonport for Thomas to work in the government dockyard.